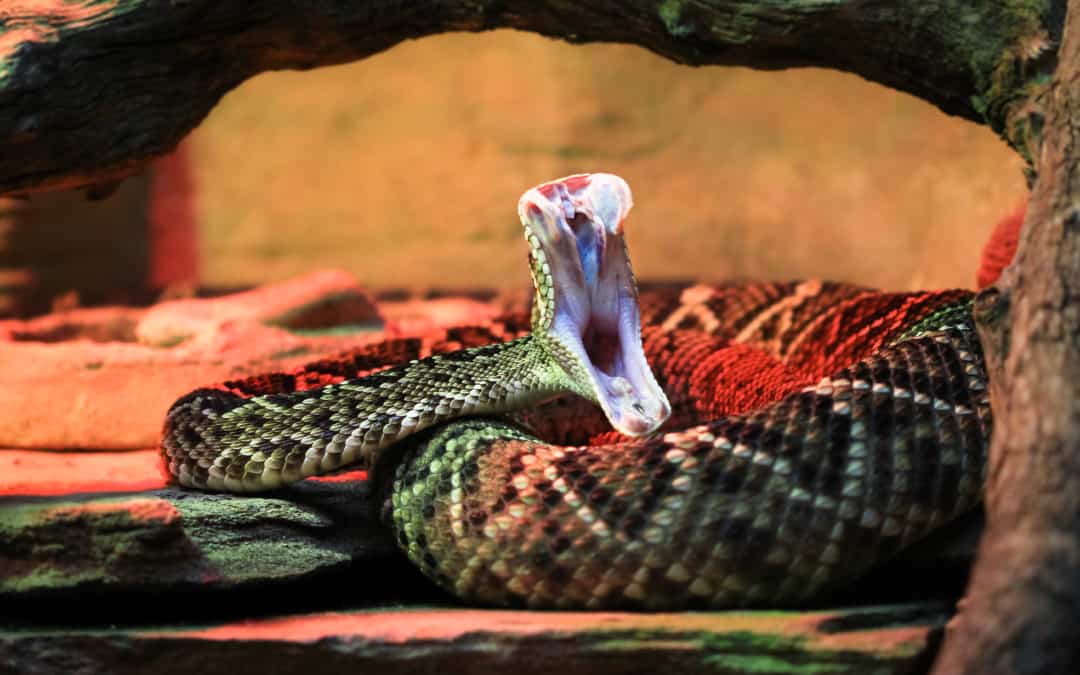 Fall is here! Football has started, bonfires are lit, and the weather is bringing more people outside. Though now is the time for all the Fall fun, you aren’t the only one enjoying this weather. Those snakes that slither through the tall grass and the woods of your backyard also appreciate this time of year! They can be intimidating creatures, but they also shouldn’t draw too much concern from the average person.
In Georgia it is illegal to kill certain snakes, punishable with fines of up to $1000 and/or up to one year in jail. This shouldn’t be an issue for most of us, however, because snakes want to avoid us just as much as we want to avoid them. Did you know that most snakes in Georgia are non-venomous with only six being venomous?
Let’s touch on these 6 venomous species of snakes and how you can tell which is which:
Eastern Coral Snake: This snake is easily recognized. You can tell them apart by the red and black segments on their body separated by yellow rings. Unlike the other snakes on this list, the coral snake has a rounded snout.
Copperhead: The copperhead usually has a light brown to gray skin color, but they can range from rusty orange to nearly black. You can recognize them easily by the 10 to 21 dark-brown hourglass-shaped crossbands on their body. Look out for their triangular shaped head, as well.
Timber Rattlesnake: They have background skin that can be a variety of different colors, ranging from shades of pink, yellow, gray, brown, or black. It has brown to black V-shaped bands down its body. It has a black tail with a rattle at the tip.
Pigmy Rattlesnake: They are usually gray or tan but can be reddish or black. The pattern on its body resembles blotches or spots that are dark in color. The tip of the tail has a rattle.
Cottonmouth: The cottonmouth has light brown or olive-colored skin with dark bands along their bodies. When they mature they may become very dark, obscuring the bands completely.
Eastern Diamond Rattlesnake: Its body is patterned with a row of diamond-like shapes that are dark brown in color. Each shape is outlined by a yellowish border. The tail has 3 to 10 brown and white bands and a rattle.
Before snakes go into hibernation, there’s a chance you might see one in your yard or while you’re out for a walk. In a situation like that, avoid the snake, and call your local pest control company to relocate it for you. And remember, it doesn’t want to hurt you, so don’t hurt them.