What Is A Joro Spider?

The Joro spider, also known as Trichonephila clavata, is a member of the recognizable orb weaver family. These particular spiders are characterized by their large size (up to 3 inches in length with their legs extended) and yellow and blue-black striped backs with red undersides. Joro spiders are known for constructing large, wagon-wheel shaped webs that are a golden color. These webs can be several feet in length.

Joro spiders are native to Asia, particularly Japan, China, Korea, and Taiwan. In 2014, the first instance of the Joro spider in North America was confirmed in North Georgia. Subsequent sightings have been confirmed as far away as Greenville, South Carolina. It is unclear how and when these spiders first arrived here in Georgia but researchers believe they are here to stay. In fact, researchers have confirmed their presence in at least 25 counties in the state.

Joro spiders are not considered harmful to humans or pets. They will bite when provoked but are not considered a threat. Joros are beneficial to have around as they are one of the only species known to eat adult brown marmorated stinkbugs. They also help keep mosquito and other nuisance pest populations in check. Joro spiders do have predators in our area; both birds and wasps will eat them.

The jury is still out on whether or not there will be any long-term ramifications on local ecosystems. One thing all the researchers agree on is that the Joro spider is likely here to stay.

Are Carpenter Ants Active During the Winter?

Why Do I Have Centipedes?

Why Identifying Spiders is Important for Prevention

5 Pests That Can Destroy Your Lawn 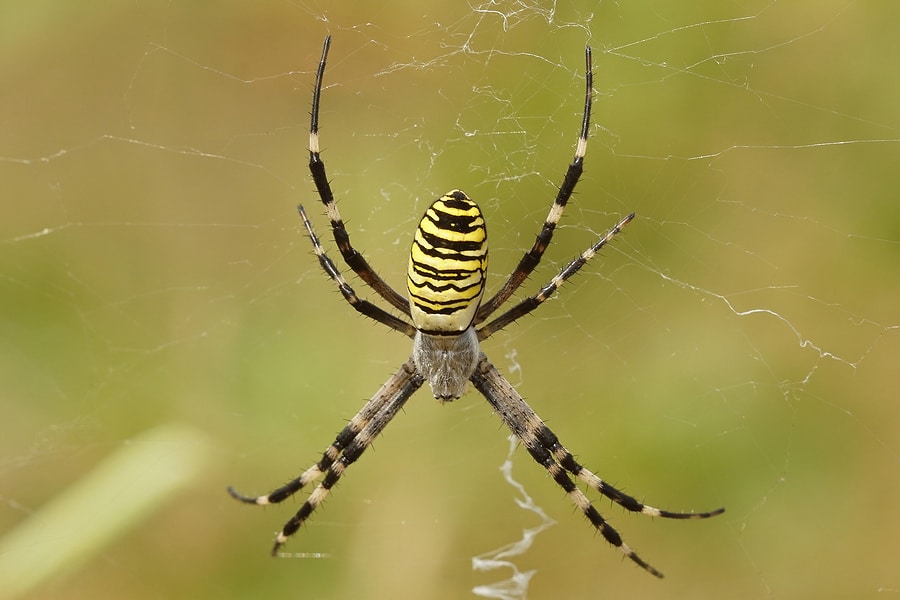 Orb weaver spider is the collective name for a group of spiders in the family Araneidae. This diverse group of arachnids are famous for the large, Halloween-inspired webs they create. Are orb weavers venomous? Should we be concerned when we encounter one in our yard or garden? The short answer to these questions is yes, they are venomous but no, they aren’t dangerous to humans. Let’s take a closer look at this fascinating species of spider.

Orb weavers are large spiders that are most commonly seen in late summer and early fall. They eat small insects like flies, moths, wasps, mosquitoes, and beetles. Around your home, orb weavers can often be found near outdoor lights, in tall grass and weeds, on tree branches, fences, walls, and bushes. There are 180 species of orb weaver spiders in North America alone. They are found throughout the world on every continent except Antarctica. Many species of orb weavers are bright yellow or orange in color while others are a dull gray or brown.

Orb weavers are not hunters or wanderers. They are typically nocturnal spiders and will build or repair their webs at night. Many species will tear down and eat their webs at dawn to both consume the dew that catches on them for hydration and to keep larger animals like birds from tearing down their webs. Orb weaver webs are large, circular grid webs that look like the spokes of a wagon wheel connected by concentric circular strands. These webs can measure up to 3 feet in diameter. These spiders will sit in their webs and wait for prey. Once captured, they will bite and paralyze their victim and warp them in silk to consume later.

While orb weaver spiders can bite and are venomous, they are not considered a threat to humans. In fact, they are beneficial to have around your home as they eat other nuisance pests and help keep their populations under control. These spiders are very docile and non-aggressive. They will usually flee when threatened but will bite if necessary. The bite of an orb weaver has been compared to a bee sting.

While they don’t threaten humans or structures, they can be unsightly and their webs can be a hindrance if built in a high traffic area. If you have a problem with spiders or any other pests, contact your local pest control company for assistance with pest control and prevention.

What to Know About Overwintering Pests

Protecting Your Business’s Outside Space

When Does Snake Season End?

Are Termites Active In Fall and Winter?