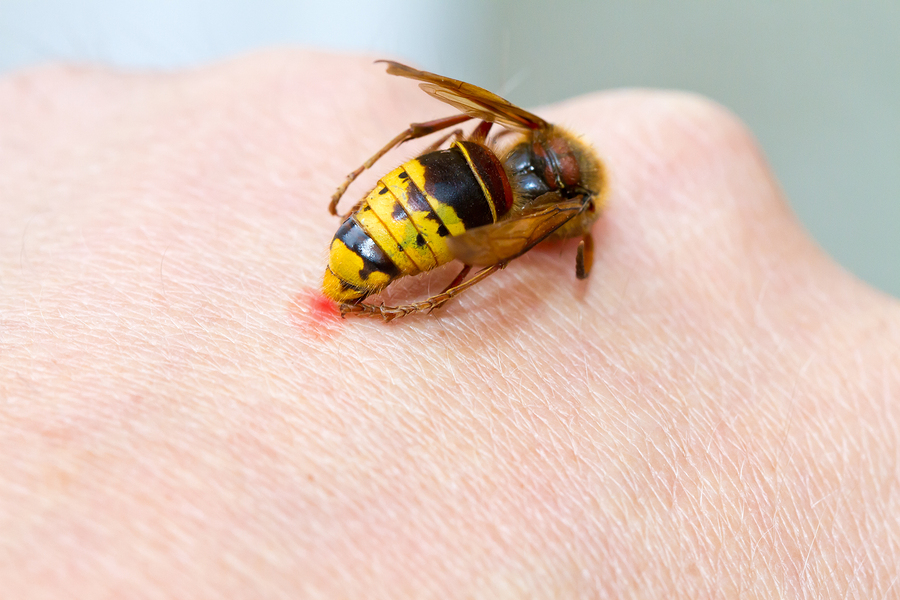 School is almost back in session but summer is far from over here in the south. This means we have a few more months of summer pests to look forward to. Some of the most threatening: stinging pests. Yellowjackets, wasps, hornets and other common stinging insects can pose serious risks to our health and send more than half a million people to the emergency room every year, according to the National Pest Management Association. They often create painful stings and severe allergic reactions, and are likely lurking around outside, at BBQs, playgrounds, and pools. Minimize your risk by being aware. Here are the 4 most common stinging pests you should be on the lookout for.

1. Yellowjackets – Yellowjackets are distinguished by the black and yellow color pattern banded across their abdomens. They are territorial and may sting repeatedly if threatened.

2. European Hornets – European hornets are active at night. They have smooth stingers that carry venom known to cause itching, swelling and pain for about 24 hours. Like yellowjackets and wasps, European hornets can sting repeatedly during an attack.

3. Paper Wasps – Paper wasps are not an aggressive species by nature, but they will sting if their nest is threatened. Wasp stings are painful and can cause the same risk of allergic reaction as other insect stings.

4. Killer Bees – Africanized “killer” bees defend their colony and will attack in large numbers when threatened. However, they can only sting once as their stingers are barbed and tear off when trying to get away. Killer bees have been known to chase people for more than a quarter mile.

The best way to prevent an unwanted encounter is to exercise caution when outdoors. If you come in contact with a bee or wasp, do not swat it, as that may actually provoke an attack. Remain calm and the insect should fly away without causing harm. For bee infestations, contact your local pest control company.