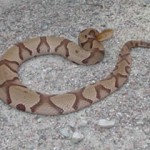 When the season starts getting warm, the termites start to swarm! So what does that mean for homeowners?  If homeowners spot fully grown winged adults (swarmers), then the damage may already be done. If the swarmers are found within the home, there may be an infestation in or around the house. Once termites swarm, they may cause structural damage to your home which can lead to serious issues. Why is it that termites may arise unexpectedly and cause damage? Well, that may be because that they usually have nests underground where they thrive, usually in the wood of your home. Southern states are very likely to get termites. In Georgia, Tennessee, Alabama and South Carolina, where we service, the chances are extremely high. It’s not just important to get rid of termites, it’s also important to prevent them. Getting rid of the termites you already have may eliminate the initial problem, but will not prevent termite activity in the future. Northwest Exterminating offers liquid pretreatments, borate pretreatments and Sentricon baiting in order to prevent termites from infesting a home.  In addition, these treatments come with a 5 year repair and retreat warranty that guarantees up to one million dollars in structural damage.

The National Pest Management Association has a short video explaining why is best to trust the professionals when it comes to keeping pests out of your home.  It helps explain why pests can be bad for your home and family, the damage they can do, why it’s better than DIY options, and why more isn’t always better!

If you are looking for an experienced pest company in your area…look no further.  Northwest Exterminating has locations in Georgia and Tennessee that are in prime locations to treat homes and businesses across Georgia, Tennessee, Alabama, and South Carolina.

Call us today if you would like more information on our professional exterminating services.  888.466.7849

Northwest Exterminating and Builders Team Up

Builders in Georgia, Tennessee, Alabama, and South Carolina can rest assured knowing that they have Northwest Exterminating in their corner during the termite pretreatment phase.  Time is money in the new construction business and Northwest’s New Construction Team helps make sure that your projects stay on track.  We are dedicated to providing superior services to the builder market.

Northwest’s New Construction Team is a department that is dedicated specifically to builders and their needs:

A Northwest Exterminating New Construction representative will meet with you and customize a pretreatment plan to meet your needs.  We also continue this same great service once the home has been sold.  We take care of pest control, termite control, wildlife, commercial, TAP, lawn care, mosquito, fire ant, and bed bug solutions for homes and businesses.  Builders and homeowners alike can Trust the Mouse.