Stinging Pests and How to Prevent Them in Ft. Lauderdale

Summer is in full swing in Ft. Lauderdale and that should bring fun activities your way, such as relaxing outside on your patio or spending time with your kids in the backyard. Unfortunately, it can also bring summer pests! Most active in the summer are stinging pests, including yellow jackets, wasps, and hornets. There are several ways to prevent these pests from messing with your summer fun, so let’s break each one down!

On the larger side of the stinging pests, hornets have brown and yellow abdominal stripes on their bodies. Their nests are often built-in hollow trees, and the walls of houses and attics. They are attracted to light and can fly to your windows at night if they see a light on. They are relatively non-aggressive near the nest, but there is potential for a stinging hazard if threatened.

These pests will become aggressive if they feel threatened enough and are known to sting multiple times. Wasps are highly attracted to backyard events, resulting in an increase in your chances of being stung. Their nests are typically built in branches, porch ceilings, eaves, and attic rafters.

These social insects are usually anywhere humans are found. They have a non-fuzzy, black and yellow striped body. Attracted to sweets and proteins, they commonly invade outdoor events. Their nests can be found either high up or in the ground. Yellow jackets will sting multiple times if they feel threatened and can sometimes cause allergic reactions.

If you have a stinging pest problem, reach out to your local Ft. Lauderdale pest control company for professional help in removing these pests from your property. 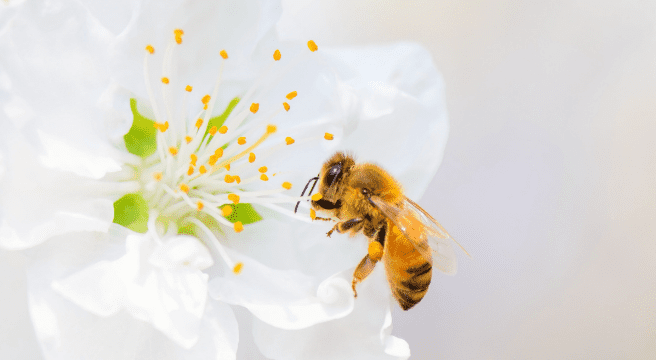 Spotting stinging pests around your business can be alarming. Yellowjackets, wasps, and hornets are all active during the warmer season as they go in search of a food source and a place to establish their colony. These pests can pose a serious health risk to your customers and business. We break down the most common stinging pests and the best ways to avoid them.

Wasps will build their paper-like nests on eaves, porch ceilings, branches, and windowsills. These pests search for food during the summer months. They are highly attracted to any food found outdoors, along with anything with a fragrant smell such as candles or flowers. When threatened, these pests will sting multiple times and eventually call on reinforcements from other wasps by emitting pheromones.

Hornet nests are built in hollow trees or the walls of buildings and attics. These pests are attracted to light and will often fly into open windows at night if they see a light. Hornets like to eat fruit and honeydew, causing them to congregate in areas where these foods are found. While they are non-aggressive near their nests, they will sting if they feel threatened. When stings occur, the stinger can get lodged in the skin.

Yellowjackets are social insects and can be found wherever humans are. These pests like to eat sweets and proteins and will invade outdoor events to find these foods. Yellowjackets build their nests in high places, such as on trees and buildings, or on the ground. If they feel threatened, they will sting multiple times which can be extremely painful.

Stinging Pest Prevention for Your Business

If you have a problem with stinging pests, contact Commercial Services for an inspection and treatment plan.