Summer Snakes & How to Prevent Them

It’s officially summer! While outside enjoying the warm weather, beware. Snakes are also active this time of year, soaking up the sunshine and in search of abundant food sources – around rocks, in gardens, on stone patios, around brush & vegetation, or even in attics, crawlspaces and basements. Here are some common snakes you may encounter in Southern states and what you can do to keep them away from your home. 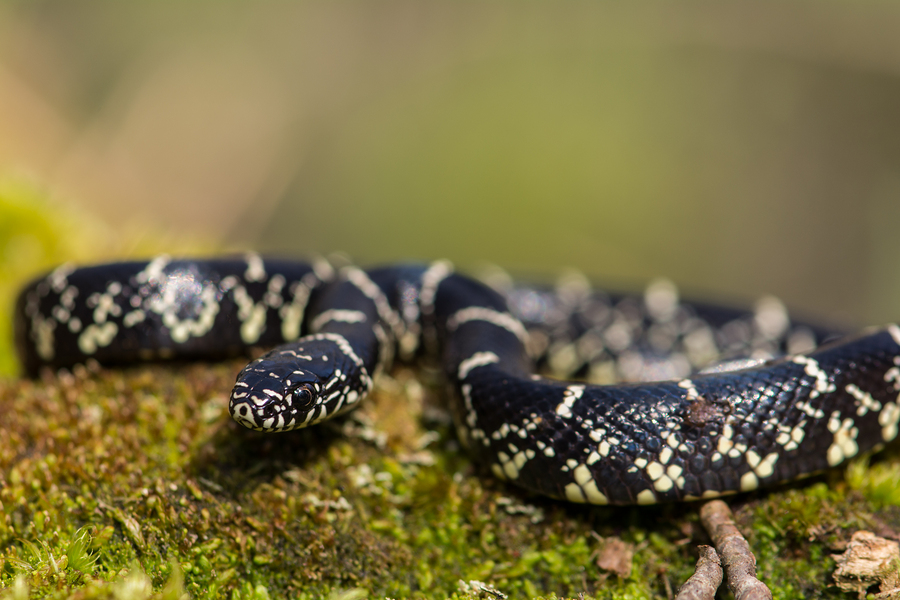 King snakes are usually large, black with white or yellow bands, with a short, blunt mouth and face. They’re commonly found in protected areas such as woods, overgrown vegetation, and cluttered areas. Although king snakes are non-venomous, they may bite if threatened. Keep them away from your home by eliminating food sources (rodents, birds, etc.), wood, clutter, and overgrown vegetation. You can also use a preventative snake repellent product, although these treatments are not always effective. 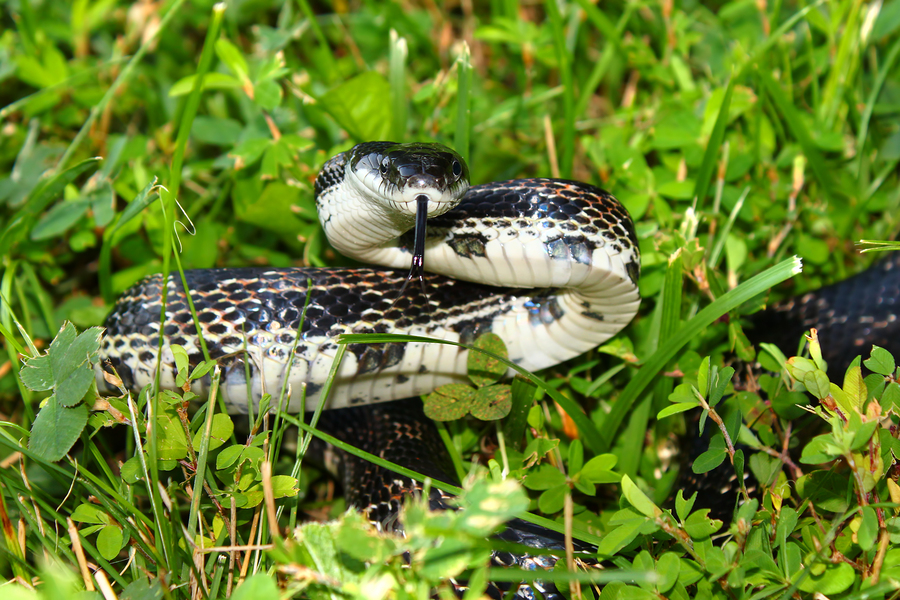 Rat snakes are large, usually ranging from 3-6+ feet in length and their color depends on what region they’re found in – usually black, yellow with stripes, or grey with darker patches. You’ll usually encounter rat snakes in semi-protected areas such as woods, over grown vegetation, swamps, or abandoned/vacant buildings. They’re known to climb if there’s a food source within reach and will bite if threatened (non-venomous). Keep them away from your home by eliminating their favorite food source – small rodents. For rodent control, contact your local wildlife removal company.

Garter snakes are small to medium-sized snakes with three vertical, yellow stripes on a dark-colored body. They prefer to hang out around protected areas such as woods and marshes, but are also very common in grassy areas and around water. Garter snakes can be found in mostly any suburban area throughout the southeast and U.S. as long as there is cover for them. Limit food sources around your home to keep them away – insects, lizards, small rodents, etc. 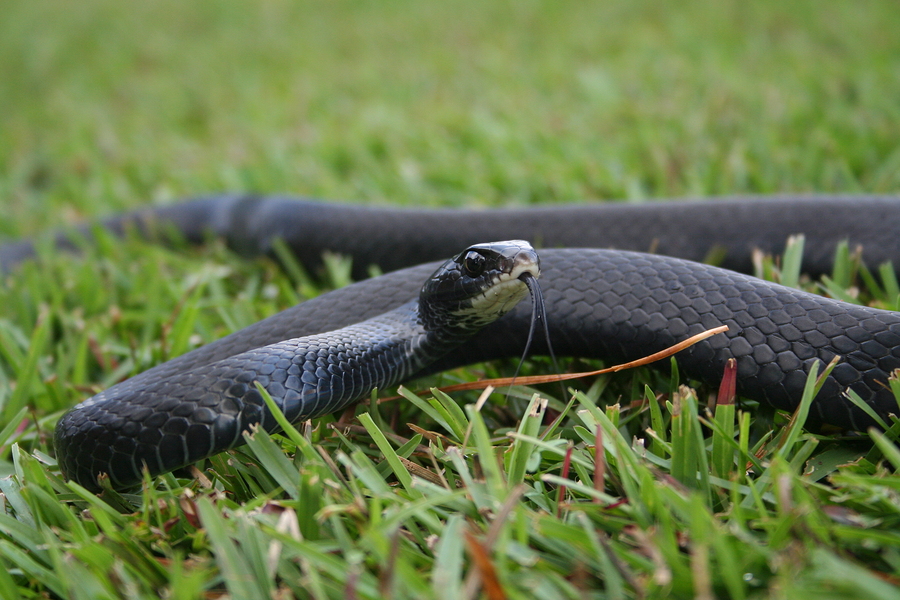 Black racers are large snakes, usually 5+ feet long, with slender, black bodies (sometimes with a white chin), and are often confused with other black snakes. Black racer snakes can be found throughout the eastern U.S. in nearly any habitat, but are more abundant near forest edges, old fields, or wetland edges. They’re non-venomous snakes but may bite if provoked. Keep them away from your home by reducing potential food sources (insects, lizards, snakes, birds, rodents, & amphibians) with regular pest control or bird control services. Brown snakes are small (6-13″ long), brown or sometimes yellowish, reddish, or grayish-brown with rows of darker spots on the back, and are common in wooded areas, near wetlands, urban areas, under debris in residential areas, and any other area with adequate ground cover (but not found in areas of high elevation). Brown snakes are the most common snake seen in urban environments. Because brown snakes prefer to eat insects like earthworms, snails, and slugs, it’s important to eliminate sources of moisture, debris, and vegetation around your home’s exterior to keep them away. Copperheads are large snakes, 2-4 feet long with heavy bodies. They have a distinct, triangular-shaped head, are tan to brown with hour glass shaped darker bands running across the body, while juvenile copperheads have a distinct yellow tail tip. You’ll encounter copperhead snakes throughout central and eastern US, excluding some southern portions of Georgia and all of Florida, in semi-protected areas such as woods and swamps, but also in suburban areas. Copperheads are venomous snakes that will bite if bothered. To prevent copperhead snakes, eliminate potential food sources – mice, small birds, lizards, other small snakes, amphibians, and insects – and use caution when outside at night in the summer. 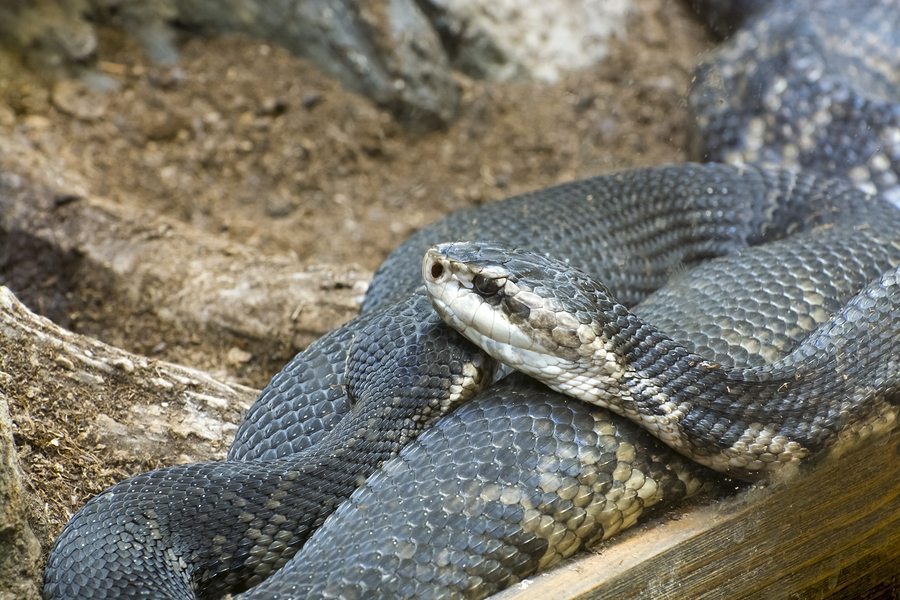 Water moccasins, also referred to as cottonmouth snakes, are large snakes, 2-4 feet long with very heavy bodies, of varying colors – solid brown to brown or yellow with dark cross bands (juveniles have a yellow tip) – with distinctly triangular heads. Water moccasins are venomous snakes known to open their mouths wide when threatened (which is white on the inside, hence the name “cottonmouth”). They’re found throughout the southeast, but are slightly more common in coastal regions, in freshwater habitats, cypress swamps, river floodplains, and heavily vegetated wetlands. It’s unlikely you’ll see water moccasins around your home unless you live near bodies of freshwater. Coral snakes are medium-sized snakes, 1.5-2.5 feet long, brightly-colored red, yellow, and black, commonly found throughout much of the southern coastal plain (most common in Florida), in pine and scrub sandhill habitats, hardwood forests and pine flatwoods that flood, and suburban areas; they spend the majority of their time underground. Coral snakes are venomous and, when threatened, will lift their tail with the tip of the tail curled over.