Is That A Rat or A Mouse and Why It Matters 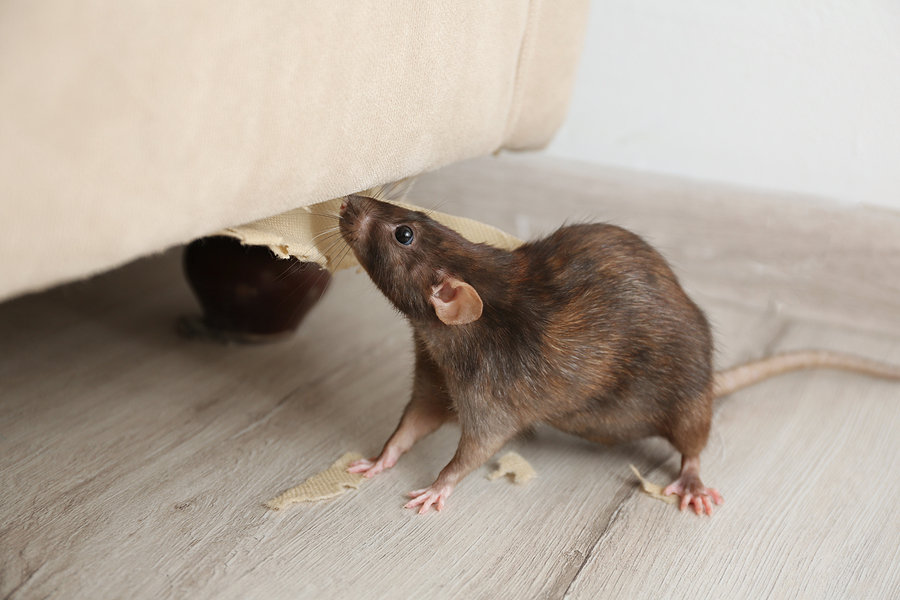 You’ve found all the signs and you’ve confirmed it – there’s a rodent in your house. But is it a rat or a mouse? Does it really matter? How can you tell? Although there are significant differences in rat vs mouse, it can be hard for the average homeowner to distinguish between the two. The behavior, diet, and habitat of each of these pests affects how they are eliminated and prevented. Proper identification is essential for effective rodent control.

There are over 70 species of mice and rats in the United States. The most common are the Norway rat, the roof rat, and the house mouse. Let’s take a look at the difference between rats and mice and why it matters.

Mice are curious and will investigate anything new they come across. Because of this, you can put set mouse traps directly in their path. Mice can stand on their hind legs when they are supported by their tails. They are excellent jumpers, swimmers and climbers and are extremely fast runners. Mice are nocturnal and most active from dusk until dawn. They do not like bright lights.

Rats are more cautious than mice. They will avoid new things until they get used to them being there. Because of this, unset traps should be placed in their path first to let them get used to them and then replaced with set traps later. Rats are strong swimmers and will often live in sewers, allowing them to enter buildings through broken drains and toilets. They will climb to get to food, water, and shelter. They follow regular routines and paths each day.

House mice are much smaller than their rat cousins. They have small heads, small feet, pointed snouts, and large ears with some hair on them. They are usually light brown in color with some gray shading and dark tails. Their droppings are shaped like small rods.

Norway rats have heavy, thick bodies. They are the largest of the three common rodent species. They have blunt snouts and short ears with dark hair. They are usually brown with black shading and shaggy coats. Their tails are dark on top and pale underneath. Their droppings are shaped like capsules.

Roof rats have light slender bodies. They have pointed snouts and long ears with no hair. They are usually gray in color with black shading and smooth coats. Their tails are dark. They have droppings shaped like spindles.

Mice prefer cereal grains and plants but they will feed on almost anything.

Rats will eat nearly anything, as well, but prefer fresh grain and meat. Rats also need 1/2 to 1 ounce of water a day to survive.

Mice prefer to nest near their food sources. They will use any soft material or shredded paper to build their nests.

Rats will burrow under buildings, along fences, and under plants or debris. Norway rats typically live in these burrows while roof rats prefer to nest in walls, attics, and trees.

Mice will have up to 10 litters per year and typically live from about 9 to 12 months.

Norway rats will have up to 6 litters per year and live 12 to 18 months.

Roof rats will have up to 8 litters per year but have fewer babies in their litters than Norway rats do.

The house mouse is considered one of the top 100 world’s worst invaders. They are afraid of rats because rats will eat them. Mice are also color blind.

Rats are nocturnal and have poor eyesight. Norway rats and roof rats do not get along and will actually fight each other to the death. Norway rats tend to live on the lower floors of buildings while roof rats will live on the upper floors.

Why Does It Matter?

Why does it matter whether you have a rat or a mouse? Both rat and mice droppings contain pathogens that are dangerous to humans. Both are also very good at breeding and increase their populations quickly, making them harder to control. The significance in properly identifying rats vs mice affects how they are controlled and eliminated. Because they each have such different diets, habitats, and behaviors, different methods are employed when it comes to getting rid of them. What may work for house mice might not be effective in controlling rats and vice versa.

If you have an issue with rodents or any other pests, contact a professional pest control company who can not only properly identify the nuisance pest, but also set you up with the appropriate treatment and ongoing prevention plans.

What Attracts Moles to Your Yard?

Is Mosquito Control Needed in Winter?